previous
The Influence of Science and Media on Psychiatry and The Future of Mental Health Care
random
next
Cindi Weickert, Researcher Searching for a Cure to Schizophrenia
5860 views 9 likes 0 comments

The SunnyBoy (A Good, New Documentary Movie on Schizophrenia) 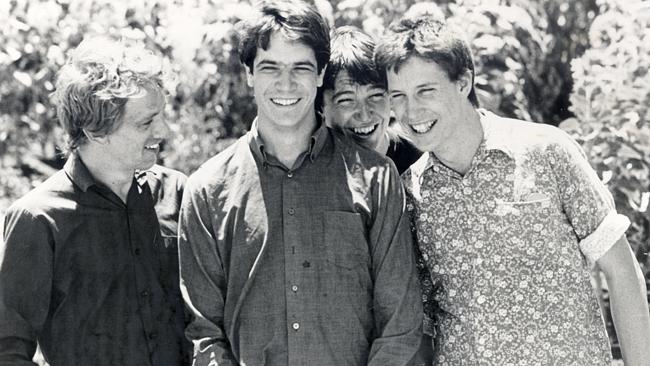 Movies that cover people with schizophrenia have gotten a lot better in the past decade or so, but there are still too few good ones.  “A Beautiful Mind” (the hollywood version of the life of John Nash) was the first notable and hopeful story about a person with schizophrenia.  Thankfully there are now more to add to the list. Australian filmmaker Kaye Harrison spent years following Jeremy Oxley around with a camera to create The Sunnyboy, a documentary about the singer songwriter’s battle with schizophrenia.

“Schizophrenia is not usually associated with hope,” Kay Harrison has stated in an interview, but now “Jeremy is so much better off back in the world. He’s got a relationship; he’s writing music. There is hope in this story.”

And the best news is that you can now pay and watch the movie immediately on Vimeo – just click on the upper right corner of the Vimeo trailer below. (You can, of course, watch the trailer for free).

Description: The movie THE SUNNYBOY follows 50 year-old Jeremy Oxley, the enigmatic front man of the successful Australian 80’s band the Sunnyboys as he emerges from a 30-year battle with schizophrenia. Only recently stabilised with medication and secure in a loving environment, the documentary follows Jeremy as he begins to unpick the confused thoughts and feelings he has about his past. Unsure of what is real and what is misconstrued, Jeremy tentatively revisits relationships damaged by his illness, most significantly with his brother and fellow band member Peter.

With the support of his partner Mary, Jeremy also struggles with the physical ravages of his illness and years of a destructive lifestyle as well as the relationship challenges they face as they prepare for marriage. Told largely from his own perspective, THE SUNNYBOY follows Jeremy as his confidence and wellbeing slowly grows and he dares to contemplate a return to the stage.

An enlightening exploration of one man’s experience of a misunderstood and stigmatised condition, THE SUNNYBOY is an inspiring story of hope, survival and the healing power of unconditional love.

Harrison’s film, The Sunnyboy, is a realistic look at how much destruction an illness can cause to a family. But it’s also the story of Jeremy Oxley’s recovery from misery and isolation. Still, the film is a long way from being a downer. Indeed, its mood is joyful, warm, and giving. Most of the film’s action is built around observing Jeremy Oxley at home with his partner Mary and her two young sons, Kieran and Lachlan.

“The medication and girlfriend Mary were the keys,” Harrison says. “Most people are afraid of seeing someone psychotic. Mary saw beneath the outside layers of the illness to the real person within.”

“By the end of the film, you get a sense of who J is as a complete person, not as ‘a schizophrenic’, which is what I wanted to achieve – and I believe it’s what J wanted too,” Harrison says.

When Harrison began her documentary, she could not imagine that it would be a story with such an unequivocally positive ending.

The SunnyBoys are now is playing around Australia and can be seen in concert:

Interviews with the Director of the Movie:

Interview with Kaye Harrison, Director of The Sunnyboy

Let the Sunshine In

To get more details on the movie, visit the web Movie web site at: http://thesunnyboy.com.au/