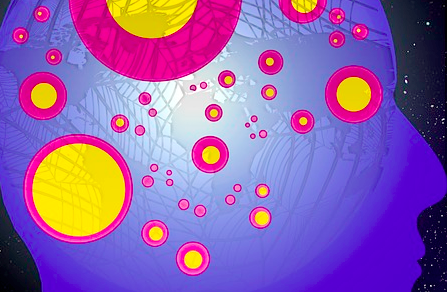 Researchers from Regenstrief Institute and Indiana University who followed over 30,000 older adults for a decade have found the rate of dementia diagnosis for patients with schizophrenia to be twice as high as for patients without this chronic, severe and disabling brain disorder.  The rates were 64.46% versus 32.13% for people without schizophrenia.

“Individuals with serious mental illnesses including schizophrenia appear to be living longer than earlier estimates suggested,” said Hugh Hendrie, M.B., Ch.B., D.Sc., the geriatric psychiatrist who led the study. Dr. Hendrie is a Regenstrief Institute investigator, IU Center for Aging Research scientist and professor of psychiatry at the IU School of Medicine. “This good news is tempered by the fact that they now have to confront the major disorders of the elderly, including dementia.

“Our finding that there was a significant difference in rates of dementia for those with schizophrenia and those without the disorder was quite unexpected. The reason for this difference is unclear and merits more intensive investigation. Is this related to an increase in dementia-related brain pathology or could it simply represent a misinterpretation of their symptoms by clinicians inexperienced in dealing with individuals who have difficulties communicating and are less likely to have reliable significant others to interpret for them?”

According to Dr. Hendrie, previous reports on cancer risk associated with schizophrenia have been inconsistent. While it has been suggested in previous studies that the lower cancer rates for those with schizophrenia were the results of low case identification by physicians, the new study found cancer to be reported as a cause of death in death certificates of those who were diagnosed with schizophrenia.

“Health Outcomes and Cost of Care Among Older Adults with Schizophrenia: A 10-Year Study Using Medical Records Across the Continuum of Care” is published in the May print issue of The American Journal of Geriatric Psychiatry, which is focused on schizophrenia in later life.

The authors conclude that the “increasing numbers of older seriously mentally ill, particularly older patients with schizophrenia, will create a serious burden for our health system that will require the development of new integrated models of health care involving links between the health and mental health systems.”

“As the population of older adults grows, the number of older patients with schizophrenia is also getting larger. We need to link their mental and physical health care in clinics where they feel comfortable and where they can be treated by clinicians who understand both their serious mental condition and their physical illnesses,” Dr. Hendrie said.

According to the National Institute of Mental Health, schizophrenia affects men and women equally, occurring at similar rates in all ethnic groups. Symptoms such as hallucinations and delusions typically commence between ages 16 and 30.

The 31,588 individuals in the study had an average age of 70. All were 65 or older by the end of the study and received care at Eskenazi Health, then known as Wishard Health Services. Clinical data for these patients were obtained from the Regenstrief Medical Record System, the oldest operational electronic medical record system in the United States.

“People with serious lifelong mental illness have a life expectancy that is 20 to 25 years less than people without mental illness,” said study senior author Christopher M. Callahan, M.D. He is a Regenstrief Institute investigator, the founding director of the IU Center for Aging Research and the Cornelius and Yvonne Pettinga Professor of Medicine at the IU School of Medicine. “However, many persons with these illnesses are now living into their 70s and 80s, and our health care system has very little experience in organizing their care in an effective manner. This study shows the major challenges we face in providing excellent care to these older adults.”

Link to Study Summary:  Health outcomes and cost of care among older adults with schizophrenia: a 10-year study using medical records across the continuum of care (Pubmed)

Antipsychotic Use Associated with 50% Reduced Rate of Violent Crime