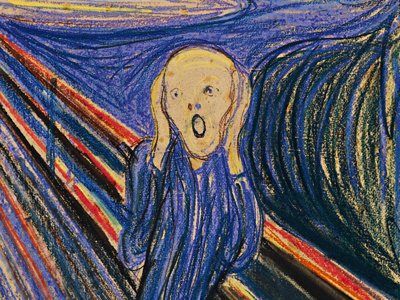 Children who suffer from frequent nightmares or bouts of night terrors may be at an increased risk of psychotic experiences in adolescence, according to new research from the University of Warwick.

The study, published today in the journal SLEEP, shows that children reporting frequent nightmares at the age of 12 were three and a half times more likely to suffer from psychotic experiences in early adolescence. Similarly, experiencing night terrors doubled the risk of such problems, including hallucinations, interrupted thoughts or delusions. Younger children, between two and nine years old, who had persistent nightmares reported by parents had up to one and a half times increased risk of developing psychotic experiences.

In our discussions on schizphrenia.com this seems to be confirmed by our forum participants.  Here are some quotes from our forum discussion on this topic:

I suffered from night terrors and nightmares – vivid dreams throughout childhood. – Wave

I had bad dreams as a kiddo. Dx with Paranoid Schizophrenia at age 12.- Alien99

Nightmares are considered to be commonplace in young children with incidence reducing as they grow older. They occur in the second half of sleep during REM (rapid eye movement) sleep. Those who have experienced them will be familiar with the sensation of waking suddenly with a sense of fear, worry and possible palpitations.

Night terrors, a sleep disorder, differ from nightmares and occur during deep sleep (non-REM) cycles in the first half of the night. A night terror bout is often signified by a loud scream and the individual sitting upright in a panicked state, though unaware of any of the involuntary action. The thrashing of limbs and rapid body movements are witnessed in more extreme cases. Children wake up in the morning unaware of their activity throughout the night.

Professor Dieter Wolke explained, “We certainly don’t want to worry parents with this news; three in every four children experience nightmares at this young age. However, nightmares over a prolonged period or bouts of night terrors that persist into adolescence can be an early indicator of something more significant in later life.”

The cohort was assessed six times between the ages of two and nine. The likelihood of experiencing psychotic experiences in adolescence increased with the incidence of nightmares. Those who only reported one period of recurrent nightmares saw a 16% rise, whereas those who reported three or more sustained periods of nightmares throughout the study saw a 56% increase in risk.

In contrast, problems with falling asleep or night waking (insomnia) had no relationship to later psychotic experiences.

Dr Helen Fisher, of King’s College London, added, “The best advice is to try to maintain a lifestyle that promotes healthy sleep hygiene for your child, by creating an environment that allows for the best possible quality of sleep. Diet is a key part of this, such as avoiding sugary drinks before bed, but at that young age we’d always recommend removing any affecting stimuli from the bedroom – be it television, video games or otherwise. That’s the most practical change you can make.”

Lucie Russell, Director of Campaigns at YoungMinds, said, “This is a very important study because anything that we can do to promote early identification of signs of mental illness is vital to help the thousands of children that suffer. Early intervention is crucial to help avoid children suffering entrenched mental illness when they reach adulthood.”

By the age of twelve, around one in four (24.4%) of children in the study reported having suffered from nightmares in the previous six months, with fewer than one in ten (9.3%) experiencing episodes of night terrors during the same period.

The cohort used was the Avon Longitudinal Study of Parents and Children (ALSPAC), popularly known as Children of the 90s, a birth cohort study based in South West England.

These data are based on the children’s own reports and should therefore be interpreted with caution, according to the authors.

Continue the discussion at forum.schizophrenia.com/