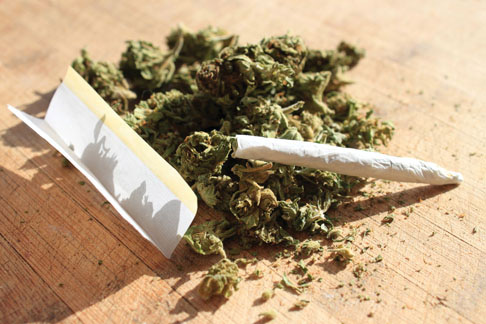 This is an important and large new study that again confirms the increased risk of psychosis for young people using cannabis, but also many other street drugs, including alcohol. (Note, we’ve included the full research paper at the end of this post). 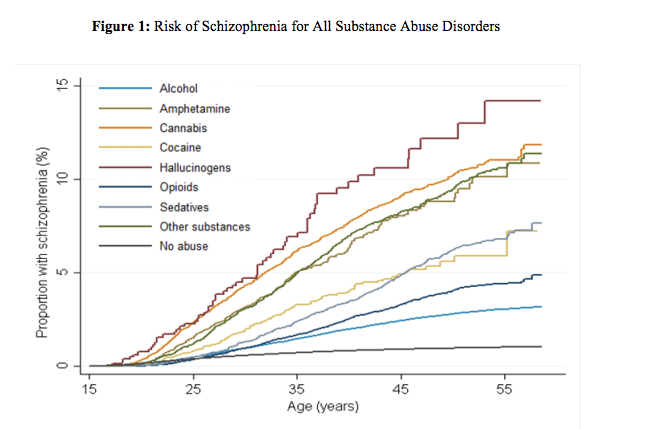 As one researcher / clinician out of Harvard has noted:

Dr. Dost Öngür, chief of the Psychotic Disorders Division at Harvard-affiliated McLean Hospital, recently presented a sweeping slide-talk on complex current issues in treating psychosis, but it was one simple line of his that most stayed with me:

In this new study the report states:

Regular cannabis users are more than five times more likely to develop a serious mental disorder. Cannabis creates a greater mental health risk than any other substance, including class A drugs, scientists have found.

Those who abuse the drug – now more potent than ever in the form of super-strength ‘skunk’ – are 5.2 times as likely to develop schizophrenia as someone who had never smoked it.

This compares to 1.9 times higher risk for users of hallucinogenic drugs and 1.24 times for amphetamines. Danish researchers compliled more than 3.1 million people’s medical records to ascertain the link between cannabis use and schizophrenia.

In research presented to the International Early Psychosis Association, they suggested the pleasure hormone dopamine, released by the drug, could trigger the disorder in people susceptible to its effects.

Increased Risk of Schizophrenia from Alcohol and drugs: 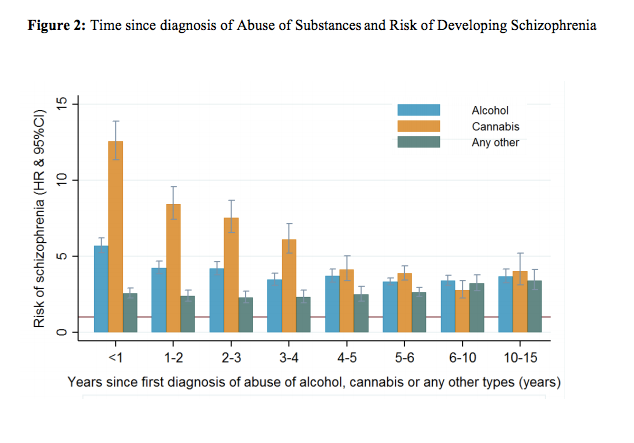 In a second study they discovered that pregnant women who abused cannabis gave birth to children six times more likely to become schizophrenics. This suggests the physical effects of the drug could be passed on in the womb.

For paternal cannabis abuse, there was a 5.5 times increased risk of schizophrenia in the child whether diagnosed before or after the birth.

A Good Interview with the study leader:

See the full interview at this link:

What is the background for this study? What are the main findings?

Response: Several studies have tested whether use of substances can cause schizophrenia. However due to methodological limitations in the existing literature, uncertainties still remains. We aimed to investigate the association between several types of substance abuses and the risk of developing schizophrenia later in life. We did a nationwide, prospective cohort study using the detailed Danish registers, which enabled us to address some of the limitations from prior findings. Our cohort consisted of more than 3.13 million individuals, that we were able to follow up for more than 104 mio. years at risk. We found that dealing with a substance abuse increased the overall risk of developing schizophrenia by 6 times, with abuse of cannabis and alcohol presenting the highest associations (5 and 3 times increased risk). The risk was found to be significant even 10-15 years prior to a diagnosis of substance abuse.

MedicalResearch.com: What should readers take away from your report?

MedicalResearch.com: What recommendations do you have for future research as a result of this study?

Response: I believe our findings opens up for many interesting studies regarding the association between alcohol abuse and schizophrenia. Alcohol is one of the substances most used in the world, however I believe it has not been thoroughly examined in the association with psychosis. We are currently looking at parental substance abuse and the offsprings risk of developing schizophrenia later in life.