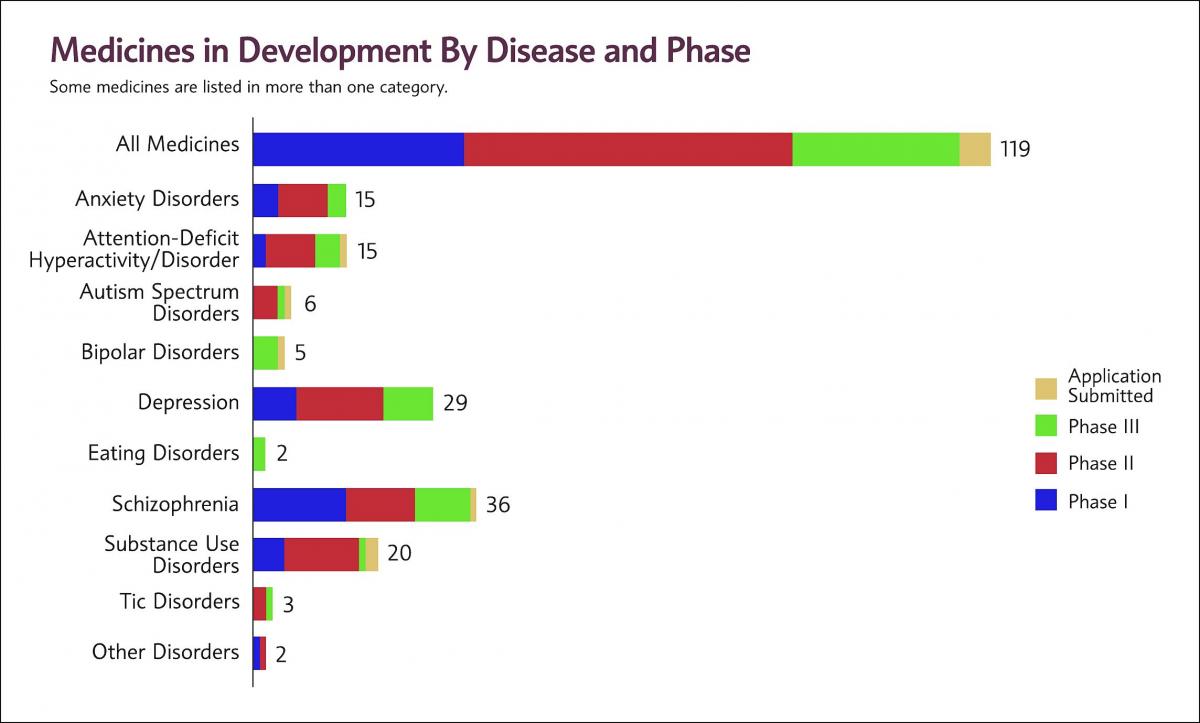 American biopharmaceutical research companies are currently developing almost 36 new medications for schizophrenia, and a total of 119 new medicines targeting mental health disorders, according to a new document by the Pharmaceutical Research and Manufacturers of America (PhRMA), the industry marketing / advocacy organization for pharmaceutical and biotech companies in the USA.

Some of the drugs listed in this document are just time release formulations of existing medicines, and some of the drugs (e.g. Bitopertin) have already failed in later stage trials, but never-the-less the message that there are a significant number of new medications in development for schizophrenia is still true.  On the other hand – the trend in terms of new schizophrenia medications in development and testing is not good.  For the past ten years, clinial trials of schizophrenia treatments have been on a downward trajectory, even though clinical trials in general have been rising. 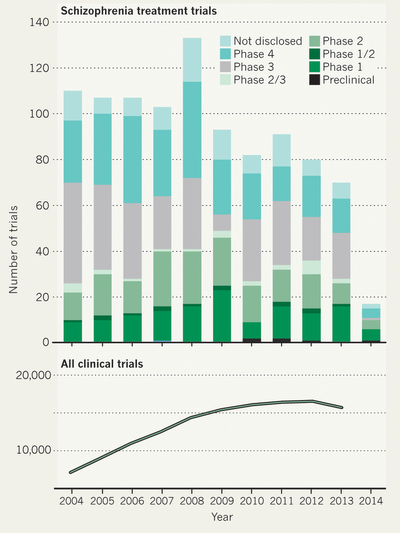 The total list of medicines in development – all either in clinical trials or under review by the Food and Drug Administration (FDA) – include 29 for depression, 20 for substance/addictive disorders, 15 for attention deficit/hyperactivity disorder and 15 for anxiety disorders.

Mental health conditions pose a heavy human and economic burden in the United States. According to the National Institute of Mental Health (NIMH), 1 in 4 American adults have been diagnosed with a mental health disorder – and serious mental illnesses cost the U.S. more than $317 billion annually in lost wages, health care expenditures and disability benefits.

The new report conveys an array of innovative approaches being pursued to treat many of these disorders. Examples include:

The summary of mental health medications in development includes a full list of all the medications, sorted by target disorder.  You can download the document here: Medicines in Development for Mental Health (PHRMA).  Below is the list of schizophrenia medications (from the document) that are currently in clinical trials and potentially coming to market. 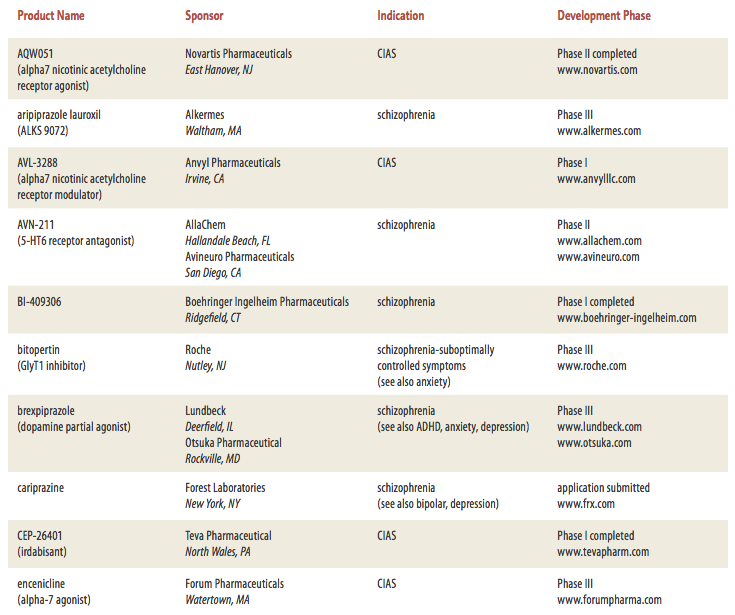 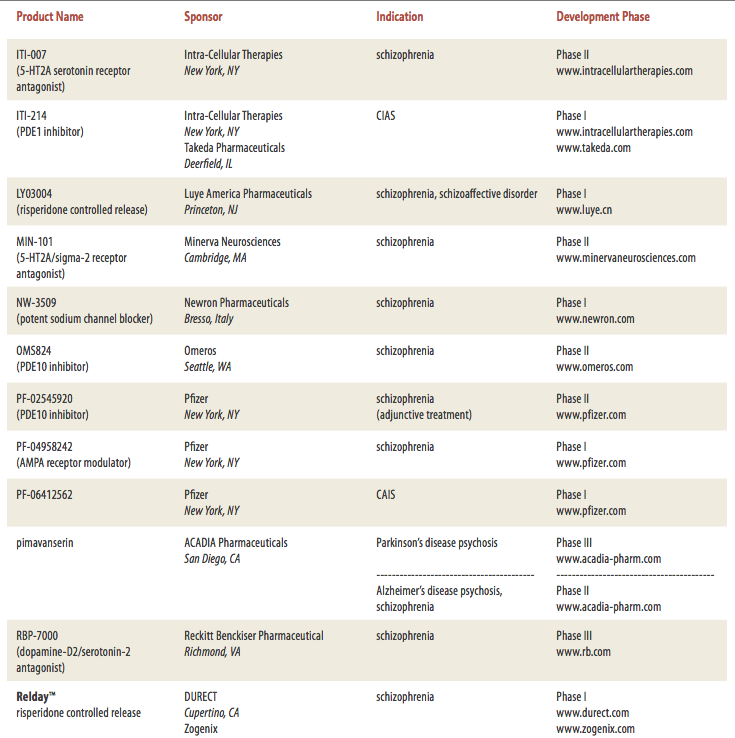 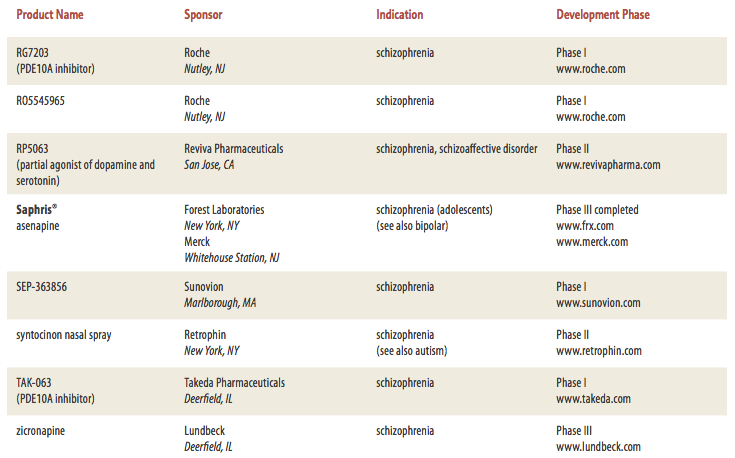