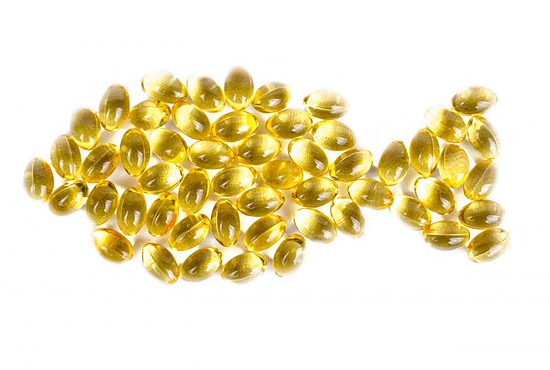 Increasingly clinical researchers are telling us that they believe that many, and perhaps most, cases of schizophrenia can be prevented through higher quality prenatal care (health of the mother prior to pregnancy, and during pregnancy) as through specific targeted nutritional, stress (including avoidance of getting the Flu during pregnancy – which is an important stressor that can increase risk of children getting schizophrenia later in life) and psychological approaches during childhood.  We’ve covered this in depth in the past with our “Preventing Schizophrenia” page, but here we focus on two of the most interesting and compelling areas; Omega 3 fish oils, and prenatal choline supplementation.

Research done over the past 30 years on animals shows that high levels of the nutrient called choline (in the family of B Vitamins) results in “better” brains for the child – brains that are more resistant to stress, faster learning, and with better memories – in effect “supercharging” baby brains.  A research study completed last year also showed that in higher doses during pregnancy (over 6 grams per day of phosphatidylcholine – as found in Lecithin, such as in this choline vitamin) reduced key rates of physiological schizophrenic risk factors in infants 33 days old.  As the researchers say:

“Basic research indicates that choline supplementation during pregnancy facilitates cognitive functioning in offspring. Our finding that it ameliorates some of the pathophysiology associated with risk for schizophrenia now requires longer-term follow-up to assess whether it decreases risk for the later development of illness as well.”

A good area to learn more about Choline during Pregnancy, and child brain development is at CholineBaby.com.

Another area of great interest and initial test validation are the high EPA version of omega-3 fatty acids taken during childhood.  In Australia there is a group called “Orygen Health” that is researching this topic and has had very good initial results.  Orygen’s fish oil research, being led by Professor Patrick McGorry and Associate Professor Paul Amminger is testing whether omega-3 fatty acids (specifically those high in the EPA version of omega-3 fish oils) can help delay the onset of psychosis. Amminger believes the research could have breakthrough implications for prevention of schizophrenia.

‘People often ask me if omega-3 fatty acids will be as good as anti-psychotics, but it seems they’re even better.’

Professor William Carpenter from The University of Maryland says: ‘If they can replicate that study, it may be the most important thing since Thorazine’, referring to the discovery of the first antipsychotic drug in the 1950s.

There has recently been a good article that covers this area of research in the journal Nature.

See it here: Prevention: Before the Break

“These findings point to the importance of nutrition and avoiding infection during pregnancy, which are already prominent messages for having a healthy baby in the developed world. These guidelines may already be reducing schizophrenia incidence in developed nations, and extending them to developing countries may bring further decreases.

“Many of the big medical advances — say, in cardiovascular disease or cancer — have come through changes in our diet and behaviour,” McGrath says. “There’s no reason to think that mental illness would be any different.”

The Orygen research group is so positive about this area of research that they’ve even submitted a patent on it – see this link:  Orygen / McGorry Patent on Fish Oil for Prevention of Schizophrenia

Importantly – its not just any form of Omega-3 fish oils that help.  Here is information from the patent application:

Preferably the composition includes about 700 mg of EPA and at least about 480 mg of DHA.

Here at Schizophrenia.com the staff members who have kids (and a family history of schizophrenia) are giving them omega 3 fish oils with these specifications.  The risks are minimal and the potential benefits huge.  you can use google shopping search engine feature to find high EPA omega-3 fish oils – click on the link below and search through the list for the most cost effective products with higher EPA omega 3 oils:

A Video:  Schizophrenia Prevention: An Idea Whose Time Has Come