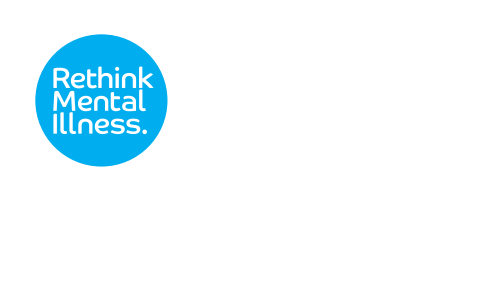 There has been a great deal of clinical research in the past decade that has shown that the sooner that people who have psychosis or schizophrenia are treated, the better their long term outcome or prognosis.  So getting people into treatment as quickly as possible (when symptoms start to appear) is extremely important.

Despite this knowledge, governments have been slow to make these early screening and intervention services broadly available.  This is especially true in the USA where healthcare services are highly fractured, and where almost 20% of people don’t have insurance and therefore have not had access to services even if they were available. Surprisingly, its also a problem in the UK where they have universal health care coverage via the National Health System (NHS).

While its obvious to families close to this issue that a strong argument can be made on humanitarian grounds for better early treatment programs (that cover quick and easy access to medications and therapy), what is also needed in all countries is a way to present the business case so that the government budget makers can correctly see these expenditures as not just costs, but investments that save the country money over the long term.  A new report provides a good start. Advocacy groups like NAMI and Schizophrenia Society of Canada, should leverage this information, do similar cost / benefit calculations that are specific to their country / state or province environment and lobby for greater investment in these types of services nationwide.

This new economic report, published today by the England-based charity Rethink Mental Illness and the London School of Economics, has found that investing in quality care and support for people with schizophrenia and psychosis, results in huge savings in the long-term.

Following is a statement from these two groups on this new report:

Investing in Recovery makes the business case for investment in 16 different types of care for people with schizophrenia and psychosis including peer support, family therapy and Cognitive Behavioural Therapy (CBT).

It shows how investing in proven services such as Early Intervention (1), can generate significant cost-savings for the NHS because it reduces the need for hospital beds. The analysis found that £15 is saved for every £1 spent on early intervention.

The report also highlights the fact that too great a proportion (54%) of the current psychosis budget is being spent on inpatient care, rather than on community services which help prevent people becoming seriously unwell in the first place.

The findings will be presented to government ministers and NHS leaders from across England today at the country’s first ever ‘psychosis summit’, to be held in London.

The summit’s aim is to bring NHS leaders together to identify  a lack of investment in quality services for people with schizophrenia and psychosis, and to work together to find solutions.

Rethink Mental Illness is calling for more money to be invested in community services, which will reduce the need for expensive hospital beds. It costs an average of £13 a day to support someone in the community, compared to £350 a day in hospital.

Lead author, Professor Martin Knapp from LSE’s Personal Social Services Research Unit, said: “Much needs to be done to improve the lives of people with schizophrenia and psychosis. At the same time – as our report shows – there is also much that can be done to improve NHS efficiency, and even for some interventions to generate savings.”

Victoria Bleazard, Associate Director of Campaigns and Policy for Rethink Mental Illness said: “Mental health is chronically underfunded. It accounts for 23 per cent of the disease burden in England, but gets just 13 per cent of the budget. On top of this, NHS spending has been essentially frozen in real terms until around 2020 and mental health is once again being cut disproportionately, despite the Government’s commitment to equality between mental and physical health.

“Not only do we want to see mental health getting a fairer share of the budget, but we also need to make sure that the money that is available is spent as efficiently as possible. In this climate, it makes no sense to cut mental health services which generate cost-savings and save lives. Short-term cuts only store up bigger costs for the future.

“The earlier we can detect and treat schizophrenia and psychosis, the better the chances are of recovery for the individual and the cheaper it is for the system in the long term. We’ve seen this shift in other areas of medicine such as cancer treatment, where swift, early treatment is a priority. We need to see the same change in emphasis for people with schizophrenia and psychosis.”

The economic report and today’s psychosis summit are being supported by the Department of Health.

Key points from the report:

For a copy of the report – click here:  Investing in recovery – Making the business case for effective interventions for people with schizophrenia and psychosis.

Early Intervention in Psychosis (EIP) services help young people aged 14-35 to recover from a first episode of psychosis, and to gain a good quality of life. They offer support from a wide range of health professionals, including psychiatrists, psychologists, community mental health nurses, social workers and support workers. EIP services take a holistic approach to helping young people, including supporting them with their physical health, education or employment, social skills and family relationships.